What Is IDFA and Why Did Marketing Just Get More Difficult?

If you work with Facebook advertising or mobile apps in any capacity, chances are you’ve been sent a litany of updates about the infamous iOS 14.5 update. The marketing and advertising world is panicking, and it’s hard to argue that they’re overreacting.

The changes iOS 14.5 will make to the ad ecosystem and IDFA tracking is significant. They will hamstring conversion tracking, especially while everyone adjusts, and set the stage for even more restrictions on digital advertising moving forward.

We’re going to give you a brief overview of what IDFA is and how it’s been used in the past, and then we’ll dive into the topic of the day: how iOS 14.5 is changing the value of IDFAs and what you can do to keep your marketing ROI as high as possible.

IDFA stands for IDentifiers For Advertisers, and they’re the equivalent of browser cookies for mobile phones.

Every single Apple phone ever made has a unique code attached to that device. No two are the same, and Apple, app developers, and the advertising world use these unique identifiers to track behavior within apps and pass that information on to different sources. Google also has their own version of this, known as GPS ADIDs.

To put it in context, if you serve up a Facebook app install ad to a new audience and 50 of them click through and download the app, Facebook uses the relevant IDFAs to match that click-through on their platform to the install event in the app.

This type of tracking has been digital advertising’s bedrock. IDFAs are used in everything: user tracking, measuring ROI, attribution, ad targeting, monetization, device graphs and insights, effective retargeting, programmatic advertising on DSPs and SSPs — you name it.

So when a company like Apple starts poking at that foundation, it makes sense why people are nervous.

Let’s talk about what Apple is up to.

The Current Buzz Over iOS 14.5 and IDFA

Last summer, Apple dropped a bombshell: their upcoming operating system update, iOS 14, would make the user default to allow companies to use a device’s IDFA to opt-in instead of opt-out.

This means any time a user downloads a new app, the developer must ask for consent before collecting any IDFA information. This is what that looks like: If everyone clicked “Allow”, then advertising would continue like normal, but that’s not what people do. 31.5% of iOS users before this update were already limiting ad tracking[*], and while we don’t have numbers yet, there is no doubt that the percent of people who opt out will significantly increase.

So for every person who opts out, that’s another user who is more difficult to track, meaning advertisers will be working with less accurate data than before.

(Want to opt-out of IDFA tracking? On your iPhone or iPad go to Settings > Privacy > Advertising and then turn “Limit Ad Tracking” on).

Why Would Apple Make These Changes?

If things like Apple advertising and the mobile app ecosystem are important to Apple’s bottom line, why would Apple do this?

There are two main reasons:

To be clear: this is a good thing. Users have more control over who is using their data, when, and why, which is something that has been abused for decades by internet companies.

So while the growing pains will be difficult, this will pave the way for new advertising technologies and formats that incentivize users to proactively volunteer their data in return for value (e.g. opt-in value exchange ads).

The iOS 14.5 Timeline — What To Expect and When

Even though the data opt-in changes were announced in June 2020, Apple decided to delay that change to give advertisers a chance to get ahead.

As of this writing, iOS 14.5, the version that will incorporate these IDFA changes, is currently available in beta to developers, and the mass consumer rollout is expected sometime this month or next month.

This means that all of the fears and predictions of what this will do to the market will be tested shortly.

How iOS 14.5 and IDFA Will Affect Your Marketing Strategy

The main impact of iOS 14.5 is that conversion tracking will be less accurate, and the granularity of your attribution will suffer.

Without getting too technical, the solution provided by Apple to mitigate the damage of these IDFA changes is to port over to what’s known as the SKAdNetwork, which is an API solution for app activity tracking that is completely user anonymous.

Here’s the difference between that, which will be advertising’s new normal, and what IDFA used to give us.

And here’s what we’ve lost:

With that in mind, here are some thoughts and strategies you can use to keep your advertising effective in 2021 and beyond.

How Can Marketers Mitigate the Impact of iOS 14.5?

It’s not all doom and gloom for advertisers. Yes, things will be a bit different from now on, but that doesn’t mean effective digital advertising is gone for good. Start here to stay on top of the changes:

1. Update your SDK to support the SKAdNetwork.

If you haven’t already, get your developers to update your SDK to support Apple’s new SKAdNetwork solution and then verify your attribution across each channel.

This gets more complicated the more channels you’re on, but the point is to systematically verify all of your advertising channels’ reporting.

2. Customize the “opt-in” prompt text on your app.

Instead of using cold language like, “Allow Facebook to track your activity across other companies’ apps and websites?”, you could say something like, “Help keep our app free by allowing better ads to be delivered to you with data tracking” or something similar.

3. Ask for IDFA consent after the install.

As long as you ask before you start tracking IDFAs, you don’t have to do it before the install.

Asking before the install could reduce conversion rates, so getting your developers to delay the prompt is a worthwhile A/B test. This also gives you more time in the app to explain how that data will be used.

The more user privacy is championed, the more old-fashioned advertising data’s value will increase — at least until a new type of internet is created.

Email addresses, phone numbers, and other forms of first party data that you can rely on to reach customers directly will become more important as interruptive advertising gets more difficult.

To mitigate the damage of iOS 14.5, try shifting your budgets to use more permission marketing to gather FPD instead of leaning more heavily on interruptive strategies.

Take the time to develop the most accurate estimates of “revenue per install”, “customer lifetime value”, and other big-picture metrics, and then use that as a rough estimation of your channels’ effectiveness.

For example, if you know you get around $2 in revenue per install on Apple Search, then you can use that as your floor cost per install when advertising.

6. Accept that things won’t be as accurate, and that’s okay.

You’re not alone in the scramble. Take everything one step and one channel at a time, and reevaluate each step of the way.

As time goes on, technology will get better, so just ride this wave for now!

The Future of IDFA and the Modern Digital Advertising Ecosystem

Yes, it will make advertising more difficult, but that is only temporary. Today’s advertising ecosystem is broken, anyway. Click fraud is rampant, users are served ill-matched ads, and ad blockers are more popular than ever. Plus, attribution has never been flawless.

All of this begs the questions: what if there was an alternative way to approach advertising altogether? Is the system we have the best solution?

It turns out, no. There is a much better way to structure the entire digital advertising ecosystem, and we’re building it.

Moreover, advertisers improve conversion rates because the users they reach will be opting in and demonstrating genuine interest in the ads they deliver.

The next generation of the web will usher in this new form of “win-win” advertising. Instead of a zero-sum game, an evolved advertising model will emerge, whereby users can derive financial value from the enormous asset that is their personal data, and advertisers can build long-term relationships. 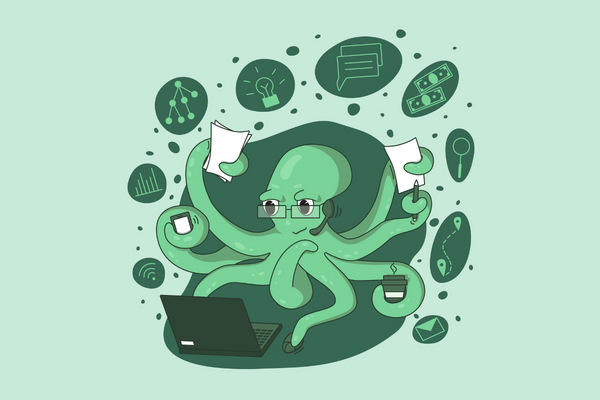