It’s probably not the career path your mother would have chosen for you, but maybe it’s time for her to reevaluate.

Video games have become a titan in the entertainment industry over the last few decades, with the market peaking at $35.4 billion in 2019 revenue. For context, that’s more than three times the revenue made by the music industry and 83% of the money made by the movie industry in the same year[*].

You’re probably familiar with some of the ways you can make cash playing video games, with major streamers like Ninja making serious cash and eSports being aired on ESPN, but did you know there are ways you can take your favorite hobby and play video games for cash — even outside of a professional context?

While pursuing a professional career is an option, you don’t have to be a major league gamer to pad your savings account while you’re waiting for your next doctor’s appointment or when standing in line at the DMV.

There are so many ways to make money playing video games, but most of them aren’t worth it. We’ve done our research and pulled out the options that are worth considering. We tell you the honest truth — what you choose to do with it is your decision.

Some of these have the chance to be lucrative, most do not. Some follow more traditional career paths, others involve an entrepreneurial spirit. Some pay you immediately, others require content and time investment.

Take a close read through to figure out which option is best for you.

It’s not surprising once you stop and think about it, but every game ever released needs to be tested. Think of it like writing a book, except that the sentences aren’t linear. Someone has to playtest every aspect of a game before its release, and companies like Blizzard, EA, and Ubisoft all employ full-time and contracted video game testers.

The money can be better than you think. Video game testers can easily earn $50,000+ a year, but keep in mind this is a demanding, full-time position. You aren’t just lazily playing video games. Here’s an idea of what you would be doing:

Another common complaint is the lack of upward mobility. Where do you go from being a user tester? Well, the answer is nowhere concrete.

Check out some job boards and see if any positions are available.

Here are some companies that offer user-testing positions:

There are also generalized video game sites where you can sign up to test all sorts of games. Some of these require you to take voice and video recordings as you play them, others don’t. It’s essentially a product testing platform and the jobs depend on the various video game designers’ needs.

Start enrolling and checking out gigs on a few user-testing sites.

Here are few third-party user testing sites to get you started:

3. Use Mistplay or Other Mobile Apps

There are a couple of mobile gaming apps that make their cash through ads and user data while paying users for their time. You’ll have to play what they want you to, but if you aren’t too picky then these apps could be good for you. You won’t make more than a few bucks a month, but it’s not a bad way to spend downtime.

Download a few mobile gaming apps and see which one you enjoy the most.

If you aren’t picky about the video games you play and are interested in a generalized approach to spending downtime, then Swagbucks and InboxDollars are two of the “make money online” juggernauts to consider.

Both services are pretty similar. Basically, you create an account, fill out some basic information about yourself, and then there are a wide variety of ways you can collect “bucks” or “cash”. These options include taking surveys, watching ads, playing games, and much more.

You won’t make anywhere near a liveable income from these sites, but they are good options to have around if you’re bored and looking for ways to gamify your discretionary spending.

Fill out an account on either Swagbucks or InboxDollars and start playing some games!

This is the most popular way to make money with video games at the moment. Just like your last Los Angeles Uber driver, you could consider starting your own Youtube Channel or Twitch Stream.

Isn’t that extremely difficult? Well, yes. Of course. Being successful as an online video gamer and streamer requires at least one of these three of these skills, if not all:

Just opening up a streaming account and starting isn’t enough to get people to stick around. You need a hook. That can either be your ability to play, the way you have fun while you play, the way you present the material, or any of the above.

Take some time to think critically about how to approach your Youtube or Twitch channel by using the advice below:

Take a close look at existing streamers. What could you do differently? How can you make video games entertaining outside of just playing them? What about you can become your unique value proposition? Think carefully before investing your time here, most people don’t make it.

Here are some major streaming sites to think about starting on:

If you are aiming (wordplay intended), for a skill-based entry into the video game market, then you need to prove to others (and yourself), that you have what it takes to win. Start training and start competing. If you don’t see meaningful progress and aren’t seeing results after a period of pursuit, consider moving on.

My advice on this is two-fold:

Find an upcoming tournament with players you know are around your level, start practicing, and get to work.

If you have some sort of professional record in the video games space, have an entrepreneurial spirit, don’t mind selling yourself, and are a good teacher, then you could look into becoming a video game coach.

The niche is small but growing, and if you can position yourself around certain video games and also build in essential networking and life-skills training apart from the pure “wins” results, then you may have a business opportunity on your hands.

Take a hard look at your credentials and see if this path makes sense and if you want to give it a shot. Then, start thinking like an entrepreneur using the advice below.

Your best bet from a marketing perspective is either wealthy college kids or upper-income parents with kids interested in pursuing this full-time. Your approach will need to change according to the demographic you’re pursuing, and always remember whose pocketbook will be paying you.

I’d also pick up some Business 101 books to make sure you understand exactly what you’re getting into.

Here are a few sites you can use to start finding clients:

This is more of a long play to build an audience, but if you love writing and reviewing games, then you should consider publicizing and monetizing your work. You can do this via two main ways:

Each option comes with its own challenges. If you are pitching to publications, you need to send ideas, articles, etc. that are an exact fit for their brand. Remember, people are lazy — the key to networking is to reduce the friction required for anyone to do what you want them to do. If you can pitch an article at the right time that’s perfectly on brand, then you may open some doors and get paid for your article.

To get an idea of how to cold-email journalism sites and land gigs, check out Toby Howell’s incredible cold email sequence, which he used to land a job at one of the most prominent email newsletters out today, Morning Brew. It’s brilliant and well worth the read if you plan on pitching articles to anyone anytime soon.

If you’re looking to build your own channel or audience, whether it’s directly or adjacently related to video games, then there are a few ways to think about it. You either need to:

In reality, it’s very difficult to make a significant income writing video game reviews and articles, so your best bet is to look at it as a passionate side hustle.

Start writing and reviewing video games publicly and either use them to pitch to existing publications or post them directly on your own platform.

Here are a few publications to pitch to and reviewers to emulate:

Bonus: Expand Your Definition of “Getting Paid to Play Video Games”

There are tons of options once you open this angle up. Yes, this doesn’t involve pwning noobs for $100k/year, but on the other hand, the world is your… kirby?

Plus, working alongside your passion instead of in it is often a good way to preserve your joy and love for it. It’s easy to get burned out on something you love once it’s your actual job — just ask any musician after a long touring leg!

The Bottom Line on Getting Paid to Play Video Games

If you’re looking to make a few extra bucks in your downtime, then there are definitely options for you to make money playing video games. Check out sites like Swagbucks and Mistplay and use them to pick up some extra cash in time you’d normally be wasting anyway.

Heck, you could even use the money you earn from those to buy major releases you’re really looking forward to playing.

And if you’re looking to make it big in video games, that’s fine to pursue — just make sure you’re strategic about it and recognize that most people aren’t able to make a living playing video games. Fortunately, there are all sorts of fun and interesting ways to build video games into your life.

Permission.io is changing the internet as we know it by paying users for sharing their data while browsing the web instead of allowing advertising companies to use it for free. Check out their Browser Extension which lets you passively earn crypto as you use the internet, whether it’s gaming related or everyday browsing.

See how we’re giving the power of data ownership back to the people. 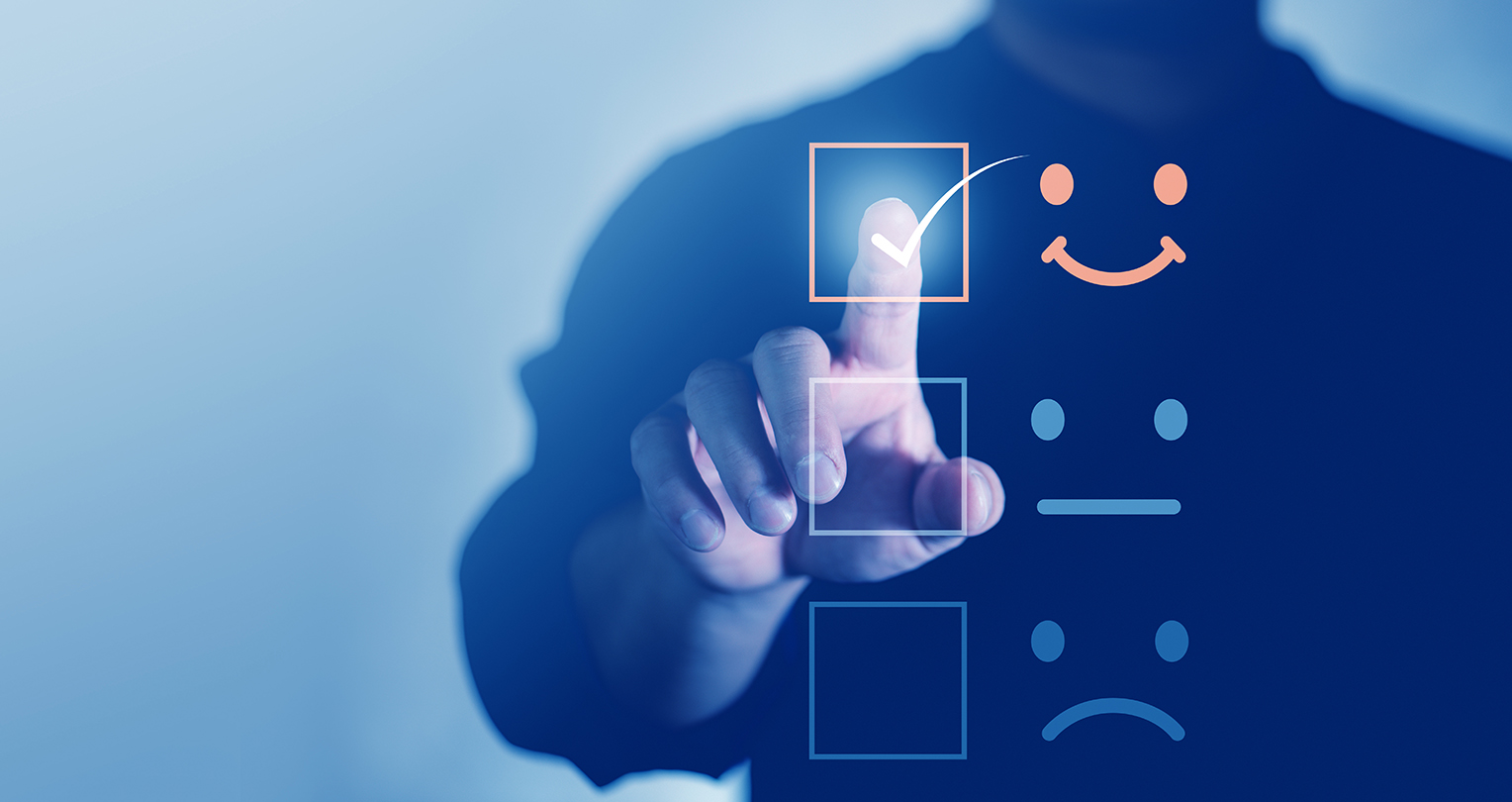